The Science of Gold 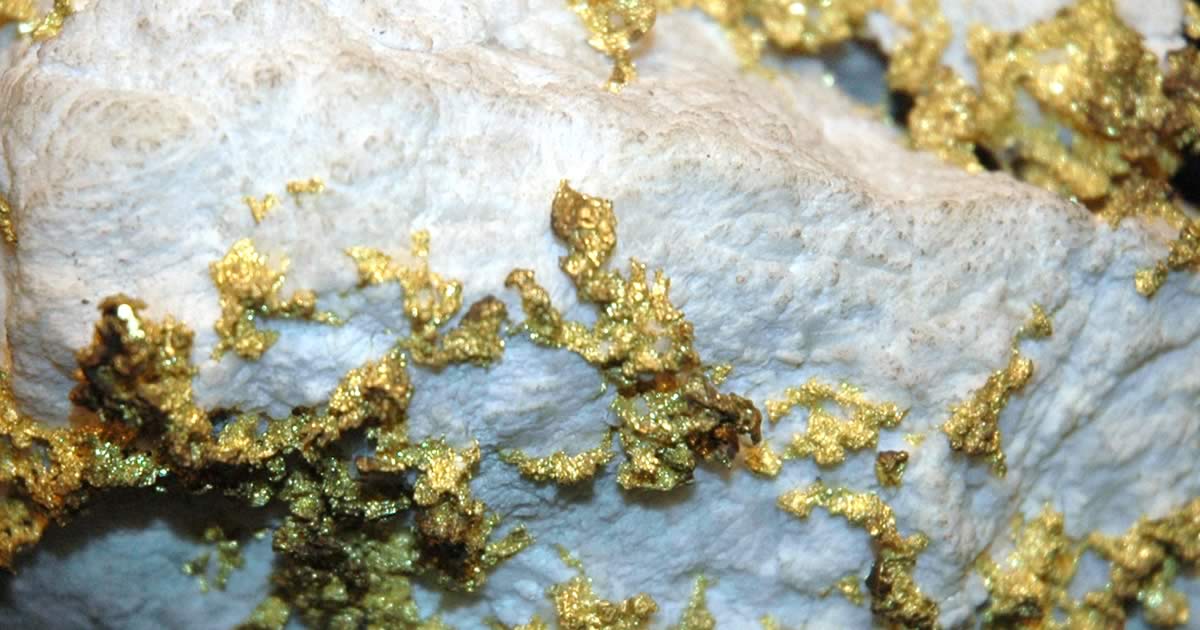 Gold is one of the heavy metal elements and comparatively rare. Precious metals like gold, platinum and silver are created when neuron stars crash together. These small but incredibly dense stars contain the huge amount of energy needed to create the metals when they collide. This precious metals are then thrown out into the universe where they combine with other stardust into planets and comets. When our planet was being formed, most of its gold sank into the earth’s core. Scientists estimate there’s enough gold in our planet’s core to cover the whole surface to a depth of 1.5 feet – if we could only reach it.

Gold on our planet

The gold we mine, use and refine in our society comes from surface deposits of gold. These originate from meteorites that crashed into the earth and left the gold behind many eons ago, before all of human history. For example, some of the largest gold deposits in South Africa are estimated to be three billion years old.

Gold is found on every continent although about 40% of all gold was mined at Witwatersrand, in South Africa. Some gold is found in rock formations such as quartz and iron pyrite, and in natural alloys with silver and copper. This is called gold ore. Small particles of gold can also be embedded in rock with other minerals such as pyrite or ‘fool’s gold’ to form a lode deposit.

Flakes and nuggets of gold can be found in rivers and streams. These are made up of particles of gold eroded away from rocks. The particles travel down into the water and eventually collect into larger pieces of gold. These are called ‘placer’ deposits from the Spanish word for a sandbank.

Fascinatingly, research has shown that bacteria may also be responsible for creating nuggets of pure gold. Some bacteria have a genetic resistance to heavy metal toxicity and can dissolve gold into nanoparticles. These then travel through sediment and accumulate into nuggets. In fact the largest nuggets ever discovered were found underground in mines. The Canaã nugget is the largest gold nugget currently in existence. It was found in the Serra Pelada mine in Brazil and contains 115.37 lb of gold.

Humans have been mining for gold since the earliest civilisations yet all the gold ever mined in the world could be contained in three Olympic sized swimming pools. It’s thought that there is approximately only another 20 years’ worth of gold left that can be easily mined.

Other sources of gold

Our planet’s oceans contain a huge quantity of gold, approximately 10 – 20 million tons. However the gold is dispersed throughout the waters in tiny amounts of about 1 gram in 100,000 tons of seawater. Many have tried to invent schemes to extract the gold from water. Yet the gold in our oceans remains too difficult and expensive to obtain.

Our bodies also contain about 0.2 milligrams of gold with most of it flowing through our blood.

What are the qualities of gold?

Gold is very stable. This means it doesn’t rust or tarnish like other metals such as silver. Of all the different kinds of metals, gold is the only one that is both coloured and keeps its shine forever. You could bury gold for thousands of years and it would remain un-corroded and shining bright.

Gold is the least reactive of all the chemical elements. It is unaffected by most acids and chemical bases. As a result it is one of the few elements that can be found in its pure natural state. Miners in the nineteenth century knew that gold didn’t react to most other chemicals and used this to test the purity of their finds. They took nitric acid and dripped it onto the metal. If the gold didn’t dissolve or react this showed that it was pure. It is from this practice that we get the phrase ‘acid test’.

Gold can be dissolved with a solution called ‘aqua regia’ first discovered by the alchemists. This is a mixture of nitric and hydrochloride acid that together act as a powerful oxidizer to break the gold down.

Gold is very malleable and soft. It can be beaten out into super-thin sheets, for example a piece of gold about the size of a grain of rice can be beaten flat to cover one square metre. Gold can even be manufactured thin enough to make it semi-transparent.

All of these properties of gold are related to the way the atoms in the gold bond to one another. The strong bonds between the gold atoms stop gold from reacting with other elements and tarnishing. Gold’s molecular structure is held together tightly which creates its malleability and high conductivity. Gold also has very dense and mobile electrons which is why the metal shines when the light bounces off of it.

What is pure gold?

The carat system is commonly used to describe how pure gold is. 24 carat gold is considered to be unadulterated gold. 18 carat gold is 75 % gold or 18 parts gold with 6 parts formed of another metal. In actual practice it’s impossible for gold to be completely 100 % pure but the amount of acceptable impurity is very small at 0.01 %. The absolute purest known sample of gold was produced at the Perth mint in Australia and was confirmed to be 999.999 % pure gold.

The word carat comes from the Arabic name for the seed of the carob tree. In the days before standardised measurements, the carob seed was used to weigh gold because people believed the seeds all weighed the same – although this wasn’t actually true. One pure gold coin was considered to weigh the same as 24 carob seeds and so 24 carat gold was used as a measurement of 100 % gold.

Gold can be melted and mixed with other metals or chemicals to form an alloy. This gives the alloy characteristics of both substances. Gold, for example can be combined with another metal to strengthen it and make an alloy that is tough enough for everyday use.

Ancient civilisations such as in Egypt and Greece knew how to make gold alloys. They mixed gold with other metals to create brightly coloured alloys for jewellery and decoration, such as iron and gold which combined to make a vivid burgundy red metal.

Today white gold and rose gold are common alloys. White gold is a combination of gold and white metal such as silver, palladium, platinum and nickel. A nickel and gold mix makes the alloy strong and hard whereas platinum and gold produces a heavy and durable alloy.

Rose gold is made from gold and copper. The more copper there is in the alloy, the brighter red it becomes. Rose gold was so popular in Russia during the nineteenth century that it became known as Russian gold.

Gold can be mixed with other metals and chemicals to produce alloys ranging in colour from black to blue, grey, green and purple.

The nature of gold means that it’s quite easy to separate it from an alloy. As gold is unreactive, a gold alloy can be heated with salt to make the other metals burn away or be absorbed to leave the pure gold behind.

It is possible to create artificial gold. In 1924 a Japanese physicist produced gold from mercury by bombarding it with neutrons – but the gold was radioactive. Since then experiments have included using a particle accelerator to transform bismuth to gold, and irradiating platinum and mercury in a nuclear reactor.

The problem is that gold is produced by immense amounts of energy and heat from the fusion of dying stars. We could replicate some of those conditions using a supercollider but it would be too expensive and take too long to produce enough metal for it to be a feasible source of gold.

The reclamation of gold

There is an alternative source of gold to mining or artificial experiments. The reclamation of previously used gold is an increasing source of the metal. As well as for jewellery, gold is often used in the electronics industry. The properties of gold such as its high conductivity and lack of tarnish mean it is used in circuit boards and wiring. As a result obsolete electronic devices such as computers and mobile phones are now a substantial source of recoverable gold. For example in 2015 Apple obtained over 2000 lbs of gold from broken iPhones.

It is now both profitable and more environmentally friendly to recycle the gold that has already been in use, rather than extract fresh gold from mining into the earth.

May 15th, 2018 No Comments » Miscellaneous |
You can skip to the end and leave a response.
« The history of alchemy and the search for gold
Bullion by post »