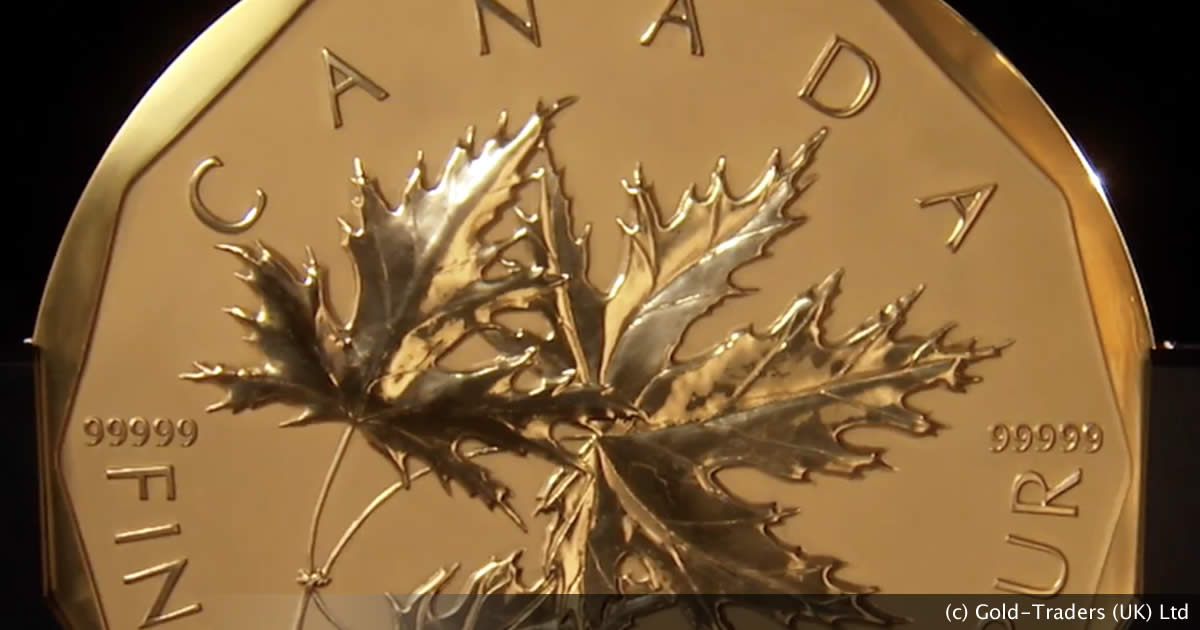 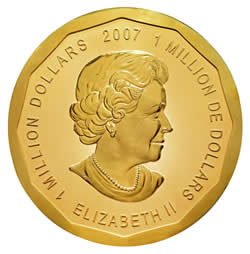 The world’s largest gold bullion coin, a one million dollar Canadian Maple Leaf has sold at action for its melt value of 3.27 million Euros (£2.6 million / $4.02 million).

Just 5 million-dollar Maple Leaf coins have been produced. Weiging-in at 100kg, its purity is 99.999%, the purest gold available. The coin is 53cm in diameter and 3cm thick. One identical coin is owned by Queen Elizabeth.

The coin was auctioned at Dorotheum Auctioneers after its previous owner, AvW Invest went into administration in May. It was snapped-up by ORO Direct, a Spanish gold trading company.

There were no counter-bids and the coin essentially sold for it’s scrap value!

Following the sale, a spokeman for ORO Direct stated: “We already made a nice profit because the gold price increased this afternoon.”

June 28th, 2010 No Comments » Miscellaneous |
You can skip to the end and leave a response.
« Selling Scrap Gold – Worth the Effort?
American Cash for Gold companies face new legislation »