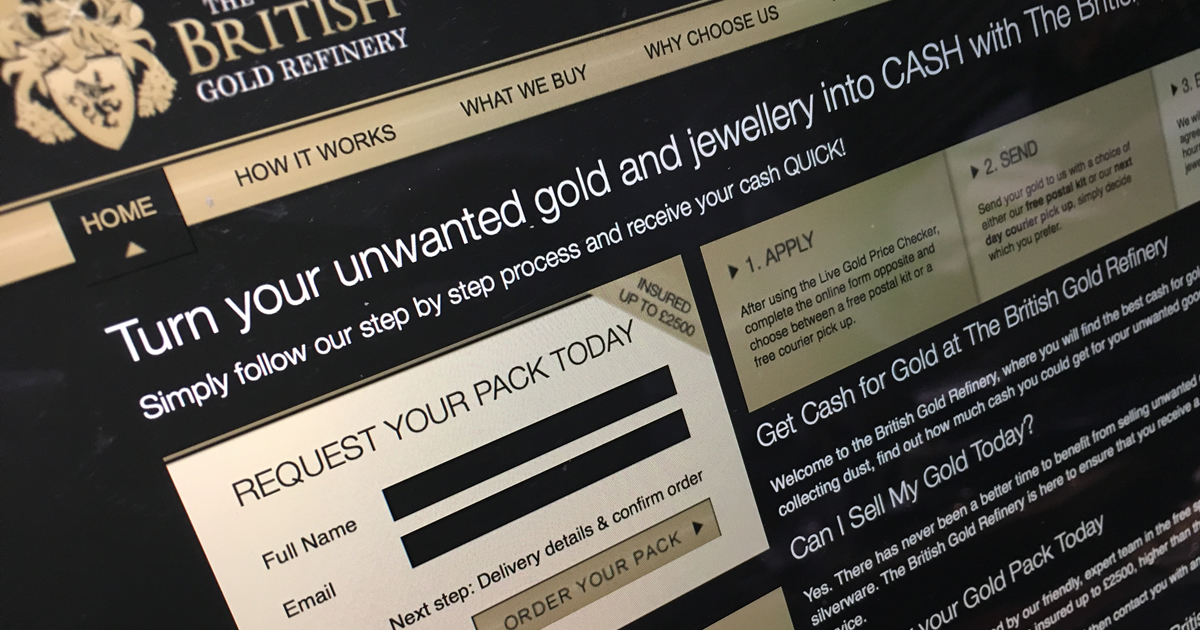 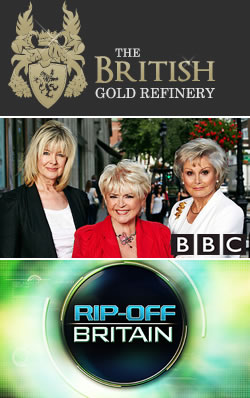 BBC investigation discovers British Gold Refinery pay much lower rates than what is quoted on their web site.

Series 3 of BBC1’s flagship consumer program, Rip-Off Britain commenced on Monday 3rd September and featured an in-depth investigation into the practices of the British Gold Refinery.

The programme featured a consumer, Lisa Tate, who after receiving an online quote of £523 for her unwanted watch and encouraged by the promises of ‘excllent rates’ and ‘1st class service’ decided to send the item to the company.

Once the British Gold Refinery received Lisa’s watch, she was understandably shocked to be told they would be offering her almost 60% less for the item, just £214.

She was further dismayed to discover that she would have to pay them £50 to have her watch returned.

Following her experience, when interviewed by Rip-Off Britain, Lisa said:

“I wouldn’t sell my watch to British Gold Refinery even if they offered the full value of it. I would rather flush it down the toilet than give it to them.”

When British Gold Refinery received the items, they dropped their valuation to just £335.94, a reduction of almost two-thirds. On further investigation, the BBC discovered that the bracelet which had been certified as being 18ct gold and weighing 8g had been valued based on it being 16ct gold and weighing just 4g. In addition, a gold chain certified as being 14ct gold was only valued as 9ct gold.

It took the BBC multiple requests to get their gold returned and it took 5-days before they finally received their items back.

This is not the first time that the British Gold Refinery has received unfavourable attention. Back in January 2012, the ASA adjudicated over claims of misleading advertising.

September 6th, 2012 1 Comment » Miscellaneous |
You can skip to the end and leave a response.
« Company behind CashMyGold.co.uk to be struck off Companies House register
Why Gold & Silver Fairs are unfair to sellers »