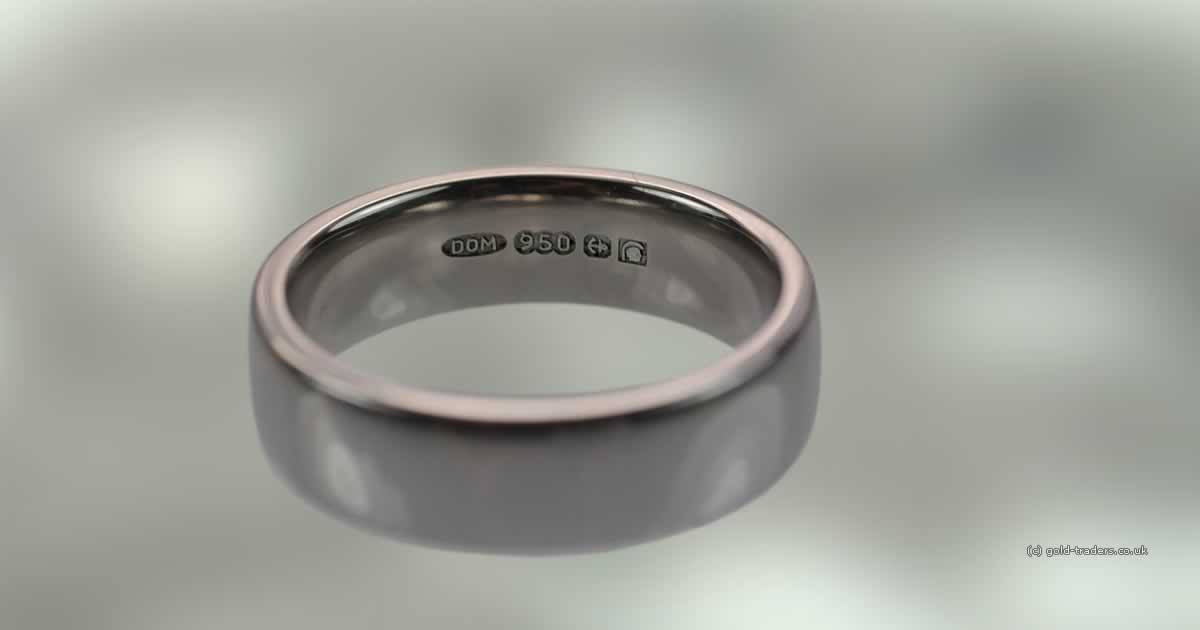 Palladium isn’t a new metal; it was discovered back in 1803, and for over a decade has been one of the constituent metals in vehicle catalytic converters. Yet its use in jewellery has been relatively limited until recently. Now palladium is highly valued – Gold Traders currently pays £ for 950 palladium. So what makes palladium so desirable?

Palladium vs. platinum vs. white gold

Palladium is a precious metal with a natural white colour, which is particularly in demand for today’s jewellery trends. In this respect it’s similar to platinum, but as palladium is less dense it costs considerably less.

White gold isn’t truly white. The alloy mix is simply altered to reduce the amount of copper and increase the amount of zinc and silver. Doing so makes the final alloy a more pale yellow colour. To achieve the whiteness, white gold is given a plating of rhodium. Over time, the rhodium plating can wear away, thus revealing the yellow metal underneath.

Ultimately palladium may not have the cachet and exclusivity of gold or platinum, yet it is genuinely a precious metal. With the symbol Pd and atomic number 46, it’s in the same periodic table as platinum and rhodium.

Palladium’s lower density compared to platinum or gold means it can be used to make jewellery that’s larger with greater visual impact, yet not any heavier. This is a notable advantage for items such as earrings, where heavy pieces can soon feel uncomfortable.

With roughly half the density of platinum and about two-thirds that of gold, palladium is the perfect answer to the present trend for bigger, more conspicuous pieces. Its white colouring adds to its appeal – couples who like the look of platinum wedding rings but find them unaffordable, are often happy to have them made from palladium, with the end result looking remarkably similar.

Back in the 1930s, palladium was mostly used as an annealing alloy to turn gold white. Subsequent technical advances in casting have seen this precious metal increasingly used in its own right, for its unique qualities.

Once annealed, palladium is soft and easy to work, yet it hardens more quickly than other precious metals. It has no ‘memory’ – in other words, once set, it retains its new shape without trying to spring back to its original form. Palladium has the lowest melting point of the platinum group metals to which it belongs (the others are platinum, rhodium, ruthenium, iridium and osmium), and temperatures above 400°C can cause discolouration, so jewellers are careful in their use of heat when working with it.

As prices for gold and platinum have continued to rise, palladium has become increasingly attractive. The Chinese were quick to develop the market for palladium jewellery, and by mass-producing pieces, have caused palladium values to strengthen. It remains, however, more affordable than gold and platinum.

The consequence of hallmarking is that palladium is now seen as even more respected and desirable, with a resulting increase in demand from jewellers and consumers. In fact, nearly 40,000 palladium pieces were hallmarked in the six months following the introduction of UK hallmarking.

With an increasing demand for palladium jewellery, and its continuing use in catalytic converters, electronics, aviation components, dentistry and even musical instruments, the value of palladium will at the very least be stable. The most likely outcome is that the relatively small annual supplies, which are prone to political disturbances, will make palladium more valuable – literally a precious metal.

Click here to cancel reply.
November 26th, 2016 No Comments » Palladium |
You can skip to the end and leave a response.
« Selling pre-decimal coins by weight vs face value
The history of alchemy and the search for gold »